Imitation of casino gaming attracts people to social networks, and they, in turn, work as an ideal marketing tool for online gaming sites. 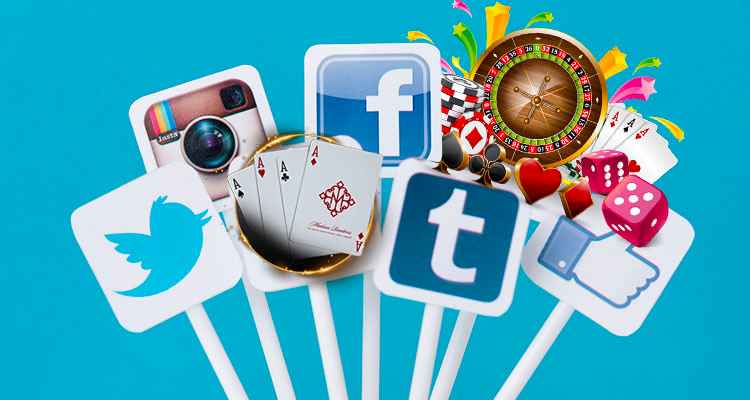 Many researchers wonder if social networks and online gambling harm users. In this regard, over the past years, university professors have studied the impact of the integration of these sectors on adults and children.

The Intersection of the Online Gambling Industry and Social Media

Online gambling was born in the last decade of the 20th century. Mobile devices and social networking sites have become the main catalyst for the development of the industry. Online casino, poker, and sports betting sites have official Twitter and Facebook pages that they use to advertise to their potential customers.

Americans spend a huge amount of time on Facebook, Twitter and Instagram, whether it's work time, lunch or just relaxing. Many use social media to connect with old friends, new acquaintances, and family members. In addition, social networks are increasingly facilitating business marketing.

In January 2018, British Facebook users denounced Scientific Games for offering free slots for kids on their Jackpot Party gaming app, which allowed kids to play slots like OMG! for free. kittens. This example clearly demonstrates the intersection of social networks and online gambling, despite the laws prohibiting real money gambling in most versions of Facebook and Twitter.

In addition, many Facebook users play popular social gaming apps such as Zynga, Big Fish Games, Game Show Network and Doubledown Casino. These free casino games have been heavily criticized by parent groups and anti-gambling activists who claim that games of this nature are shaping the gambling habit of the future.

Similar concerns prompted a group of Australian scientists to launch a study in 2014 called Simulation Games for Teenagers in Digital and Social Media. Daniel L. King, Department of Psychology at the University of Adelaide, and colleagues focused on social media simulation games for teenagers, as well as the use of electronic media by Australian teenagers in general.

The study covered 1287 secondary school students aged between 12 and 17 from seven schools in Adelaide, Australia. The researchers examined student behavior and responses in the following areas:

The study focused on three types of gambling simulators:

2) Non-standard gambling simulators – video games in which casino gambling was presented as a "game within the game", but it makes up a small percentage of the gameplay. Examples include the simulations in Red Dead Redemption and Fable II: Pub Games.

3) Gambling recommendations – non-interactive gambling materials, other gambling paraphernalia or materials within the context of video games.

The study and its limitations

The University of Adelaide research team noted that there were a number of limitations in their work that needed to be taken into account. The study did not track this topic over time, so it cannot document that gambling on social media actually encouraged gambling later on. 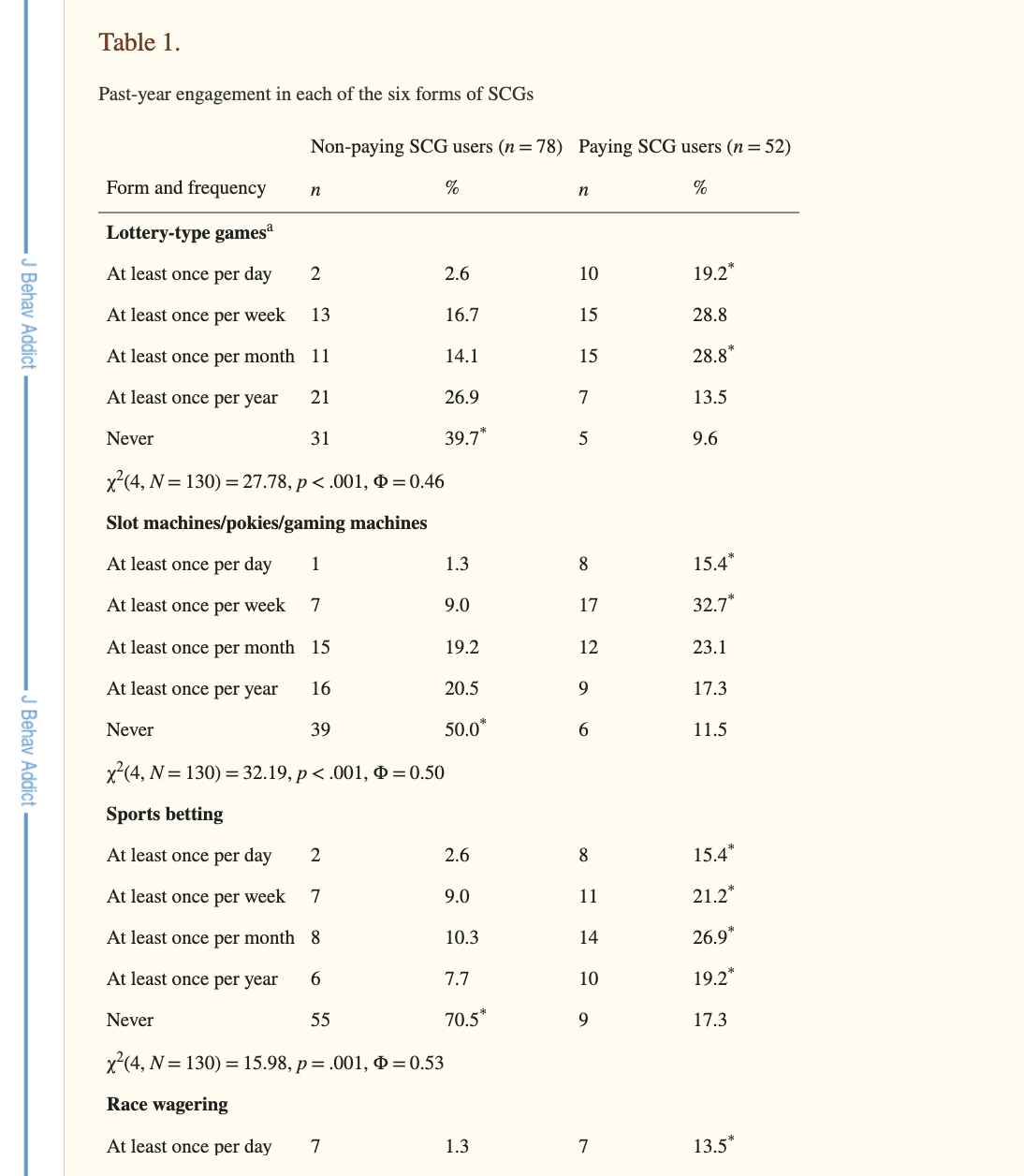 In addition, pathological gambling is an infrequent phenomenon. To test for problem gambling, students were classified as "at risk" when they began to show relatively mild symptoms. Potential predictive risk factors, such as a student's general impulsivity or a family history of problem gambling, were not tested.

The connection between social networks and gambling

Dr. King concluded that social media-type gambling encourages children to develop a desire to gamble for real money later in life because it introduces underage users to how to play casino games. The researchers found a sharp increase in gaming habits 3-5 times from the baseline. They didn't predict the percentage of students who would show signs of pathological gambling, only that they were more likely to gamble.

The following diagram shows the results of pathological behavior in students who paid to play social casino games and those who did not:

Gambling and games in social casinos

Studies have shown that children who pay for social media gambling are more likely to gamble later in life.

Source: D.L. King, A. Russell, S. Gainsbury, P.H. Delfabbro, and N. Hing (September 2016). "The Cost of Virtual Wins: A Study of the Gambling Risks of Minors Who Spend Money on Social Casino Games".

Percentage of dependence on smartphones

30.9% of minors who use mobile devices show symptoms of smartphone addiction.

In a 2018 University of Adelaide report, researchers reported that students face an increased risk of smartphone addiction. As many as 30.9% of underage children and teenagers who use mobile devices show signs of dependence on these gadgets. The remaining 69.1% fell under the definition of "normal user group".

Nomophobia is a panic fear of losing the ability to use a mobile phone.

The adult survey figures for those who show signs of smartphone addiction are even higher. A 2012 survey found that 66% of smartphone users show at least mild signs of "nomophobia". According to a study, 41% of people have two or more mobile phones to stay connected all the time.

The impact of social casino games on young children

Social casino games increase the likelihood that a child will gamble later in life. Companies need to establish a policy that will deter minors from playing free casino games. At the same time, authorities should consider laws to ban this kind of gaming if companies are inactive.

However, focusing solely on online casinos (like explained here https://casinoay.com mobile casinos are the most popular ones) would be a mistake. A large number of children and adults who spend a lot of time on social networks are at risk of developing an addiction, rather, to smartphones and social networks. If you're unable to eat lunch without ever checking your messages on your phone, then that's clearly a sign of addiction to either social media or a mobile device. Just as in the case of problem gambling, people should pay attention to such behavior and take measures to combat it.

Social networks give us the opportunity to connect with anyone, just like gambling is just a form of entertainment for millions. Fun and leisure can turn into addiction if a person immerses himself in the game completely and loses his head. Any kind of activity can become disastrous if you get carried away with it beyond measure.

Earlier it was reported that, according to experts, gambling addiction is one of the varieties of Internet addiction.