What NFTs are and why they make millions

Art that exists only digitally on servers can bring in big money. What NFT is and why people pay millions of dollars for air – explain on SEALs and Pokémon. Everyone talks about NFT deals worth hundreds of thousands and millions of dollars. What's being sold there and how NFT Profit is generated?

NFT can be used to sell almost any virtual object – images, music, texts, 3D models. But more often than not, we are talking about digital (or digitized) art objects. 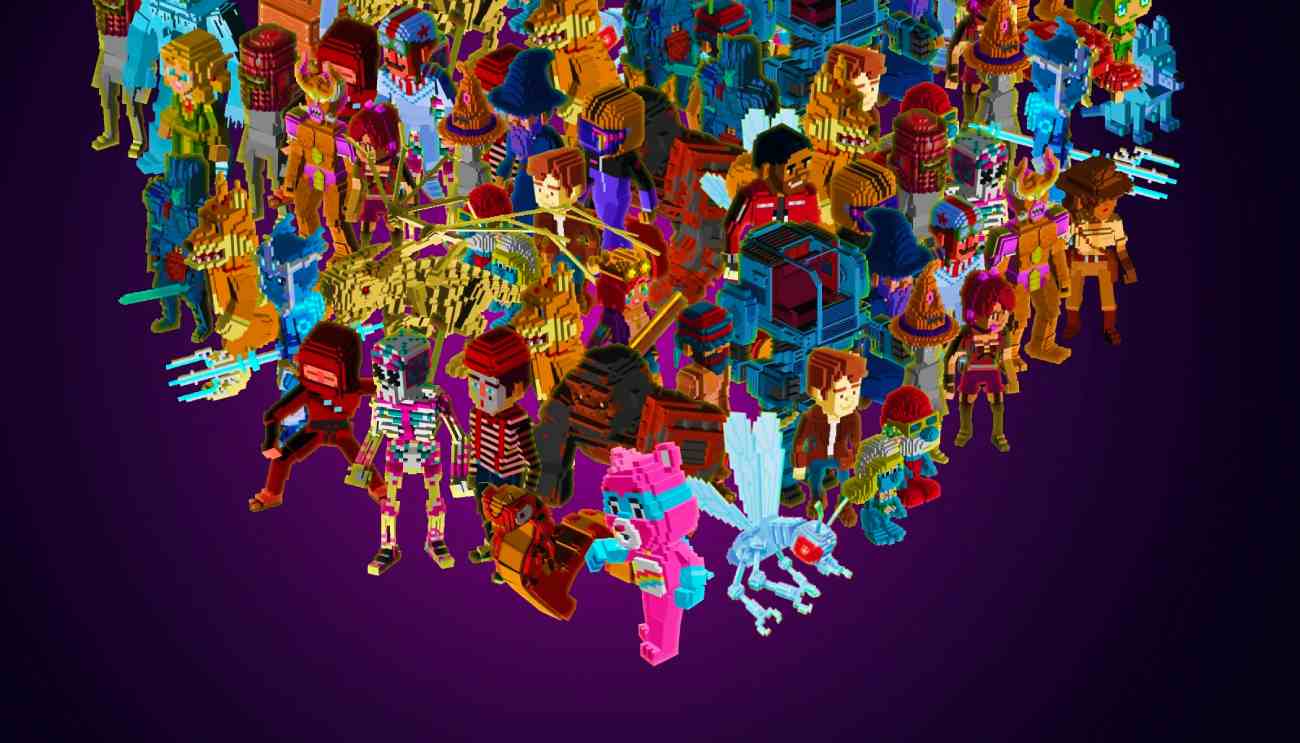 For example, on March 11, 2021 a JPG-file of five thousand paintings by artist Beeple was sold for $69.3 million in ether, that is, in the cryptocurrency Ethereum. The collage is called Everydays: The First 5000 Days. It includes all of Beeple's paintings from the past 13 years.

Christie's auction house sold the artist's work exactly as NFT. In the 255-year history of the venue, this is the first such case and at the same time – the largest transaction in the history of the NFT market.

Christie's involvement and the sum total of the transaction fuelled the hype around the new instrument.

But not all artists seem to be taking NFT seriously. In early March, blockchain company Injective Protocol bought a Banksy stencil called Morons (White) for $95,000 and burned the work during a live broadcast. It was then turned into an NFT and put up for sale.

The work mocks collectors who spend a lot of money on art. The stencil depicts an auction, with bidders vying for a painting with the inscription "I canʼt believe you morons actually buy this shit".

Ilon Musk couldn't stay away from the hype either. He produced a track about NFT and announced on his Twitter that he was going to sell it as a token.

How do digital objects become NFTs?

It happens on special platforms that work with NFT. There are several popular platforms – e.g. Rarible, Mintable, OpenSea. The latter is the largest. All of them are both NFT marketplaces and NFT workshops.

To create a token, you will need a wallet in Ethereum (a cryptocurrency and blockchain platform created by Russian-born Vitalik Buterin. – RBC Trends), as well as a file of digital content. Typically, the algorithm is similar to working with a virtual photo album. You simply create a collection and add a media file (or files) in any of the available formats – from PNG to MP4. Each file needs a name and, preferably, a description.

Now just press the Create button. The platform creates the token itself and sends it for verification. Some platforms do this with a delay: the token is created after the media content has been bought.

So what is NFT?

NFT is a non-fungible token, or unique token. NFTs run on a blockchain, having first appeared back in 2017 in the Ethereum system.

The blockchain itself is actually a registry of records. For example, bitcoin or ether are records on the blockchain. So is NFT. Such tokens, like any cryptocurrency, can be stored in your cryptocurrency wallet and can be transacted with, bought and sold.

But there is an important difference. Bitcoins, ethers, other digital currencies and even real money are easily replaceable and divisible. Say 0.1 bitcoin or 0.1 ether, like 0.1 ruble. – are not unique. They can be exchanged for any other 0.1 bitcoin, 0.1 ether or 0.1 ruble.

NFT cannot be split into parts or replaced with a similar token. From this point of view, NFT has all the properties of a unique object in the physical world. 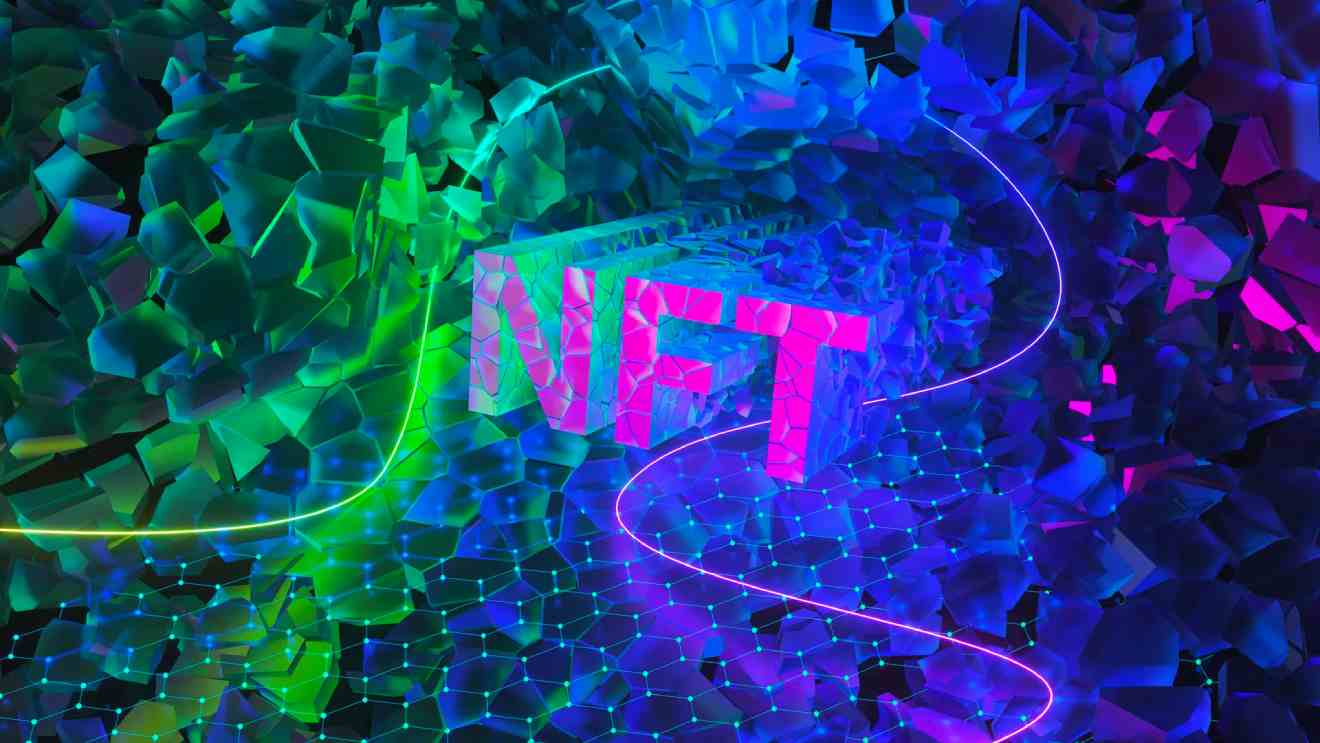 Does NFT have a clear definition?

There is no single and clear definition for unique non-interchangeable tokens and probably will not appear. Let's try a more down-to-earth example.

When you buy a flat in Russia, an entry about it appears in the Unified State Register of Real Estate (USRN). This record registers and proves your rights to the property. It contains your personal details and the parameters of the flat. This is how the real property is linked to the entry proving your rights to it.

NFT is also a registry record, but in blockchain. It contains the digital object itself, such as the painting Everydays: The First 5000 Days, information about the creator of the work (which is how NFTs help protect copyrights) and information about the owner, namely his Ethereum wallet number.

In addition, a certain set of rights of the owner are embedded in the NFT. Usually this is permission to freely display images or play music and videos. But sometimes vendors include the entire set of copyrights in the token.

For example, musician Clarian has auctioned off his 12-track album Whale Shark with a starting bid of nearly $190,000. The buyer will become the full owner of the album.

But the use of unique tokens is not limited to collection alone.

In 2019, for example, Nike patented its CryptoKicks trainer authentication system. An NFT is generated when a pair of shoes is purchased. As with CryptoKicks, such a token contains the entire "pedigree" of the trainer: manufacturer details, appearance and specific parameters, resale information.

From there, the virtual shoe takes on a life of its own. Owners of unique digital trainer tokens will be able to cross pairs (yes, like CryptoKitties again), and get offspring, but in the form of real shoes. However, there has been no news about CryptoKicks since 2019: it seems that these plans remain on paper for now.

Another example of linking the real and virtual world through NFT is the Crypto Stamp project of the Austrian postal service. These are postage stamps linked to tokens. They are used to mark real postal items. Each stamp is saved on a blockchain and can be part of a digital philatelic collection.

Can I sell my files dearly using NFT?

You're probably a little late here. Collectors and well-known artists have already got involved in selling and creating NFTs. Therefore, it is quite difficult for ordinary users to come up with something hype and attract attention to their digital works.

NFT could potentially be used as an investment target. According to NonFungible, the NFT market was worth $250 million in 2020, up almost 300% from 2019.

In 2021, the NFT market has once again surged upwards. But it is impossible to predict how long this growth will last and what will happen to the prices of digital objects that have already been realised. In the first half of 2022, the world NFT market has already been noticeably "shaken" twice.